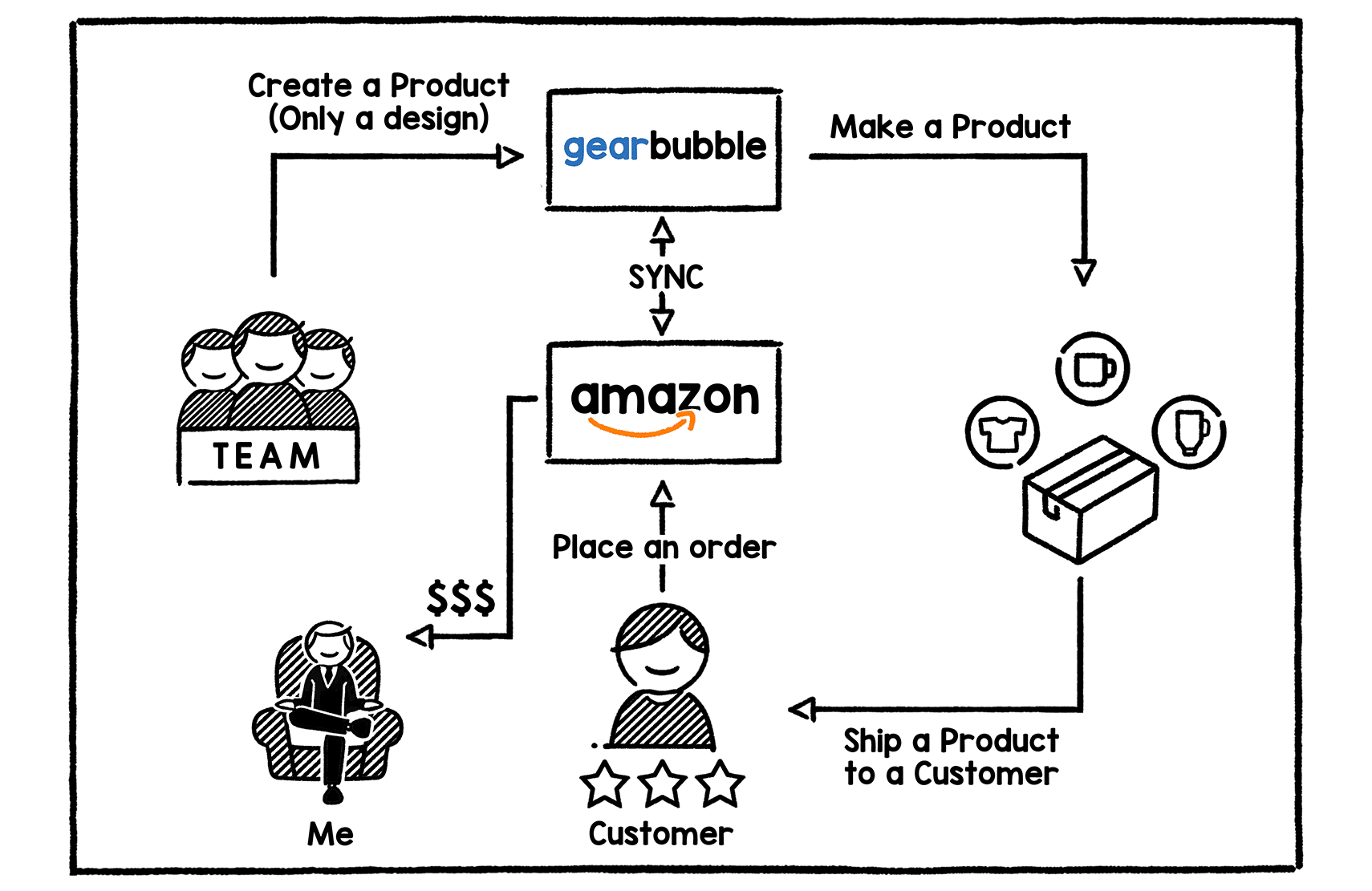 Is it possible to build a long-term sustainable eCom business by working just 1 hour a week (or less)?

Well, I have been working as an internet marketer since 2008. I have seen many internet marketing methods quickly come and go. It’s difficult to create a business that allows you to earn a steady income over the long term.

It may be difficult, but it’s possible.

Believe it or not, the business model I’m going to tell you about was originally just a side hustle.

There were some real-life examples that I have seen in the past.

Several people made thousands of bucks from multiple one-page niche sites before Google changed the search algorithm and weeded out those sites.

PPV traffic worked great with many affiliates offers like Credit Reports, Instant Checkmate, Dating, etc. before the traffic quality became bad. Leadimpact, one of the biggest PPV traffic sources, also shut down in 2017.

Many “Name” t-shirts had been sold a lot in a short period before Facebook shut down the advertiser account who use the tool to scrape the User ID.

(I did something similar too. My VA got their FB accounts suspended because I asked them to scrape too many User IDs.)

Selling dropship products is very famous in the eCom industry, but we need to find good suppliers who won’t increase the cost and can supply the products when we scale.

(I’m currently doing this too. Luckily my team has good suppliers that we have worked with them for years!)

Things come and go. One day we may make some good money with one internet marketing method, but in the next month or sometime the next day, the same method may never work again.

I have had this problem too.

When I just started, I had done so many things and when I saw that some methods that worked great, I was always in 100%.

I made some good money when I promoted the products on Amazon as the affiliate with many mini sites.

At that time, creating niche sites with a short URL was very popular as they can rank really well on Google and Bing. So I invested 100% of my time in this project.

I wrote some PHP scripts that helped me registered many shortened URLs in bulk and created niche sites automatically with those URLs.

(Sorry, it’s tech stuff. It doesn’t matter if you don’t understand what I wrote above.)

This is a photo of my PHP script. It was creating many niche sites for me.

Thousands of niche sites were published and ranked so well on Google and Bing. I also go great commissions from promoting Amazon products every day.

I spent day and night trying to finish this script and used it to generate thousands of mini sites.

It worked so well for many months. I was very happy with the results and found some time to relax. I thought that it would generate a long term income for me without working again.

But, then over the next few months, Google changed the ranking algorithm and weeded out those shorter URLs from the search engine.

Hundreds of bucks a day from Amazon in my account went down to zero in one night.

Since then the PHP scripts that I wrote were just pieces of junk.

That was a big lessoned that I learned. It was the first time that I had made quite a lot from internet marketing, so I was a bit depressed.

Since then, I never put all of my eggs in one basket.

When I have done well with one method, I always spend some of my free time looking for making the next income stream.

Nowadays, I still do pretty good with eCom and Facebook Ads, but I still find the next basket in my spare time.

Personally, I don’t believe we can make good money from Facebook Ads in the long term. I have slept with it for many years and seen many changes in this traffic source.

It’s better to find new baskets in your spare time. It’s a very good idea as well to find the next income stream while you can still make good money from Facebook Ads.

When one method that makes you $x,xxx a day become zero overnight, it’s difficult for us to focus on working to find the new income stream, right?

So, do it while you are in a good mood and have no stress.

Also, the spare-time business requires little time to implement too. Just 1-2 hours a week are enough for the second or third basket.

It also doesn’t need to make BIG money basket from the beginning but what I expect from the second or third basket is the “long-term”, “steady”, and “automate” income.

Let’s talk about it a little more…